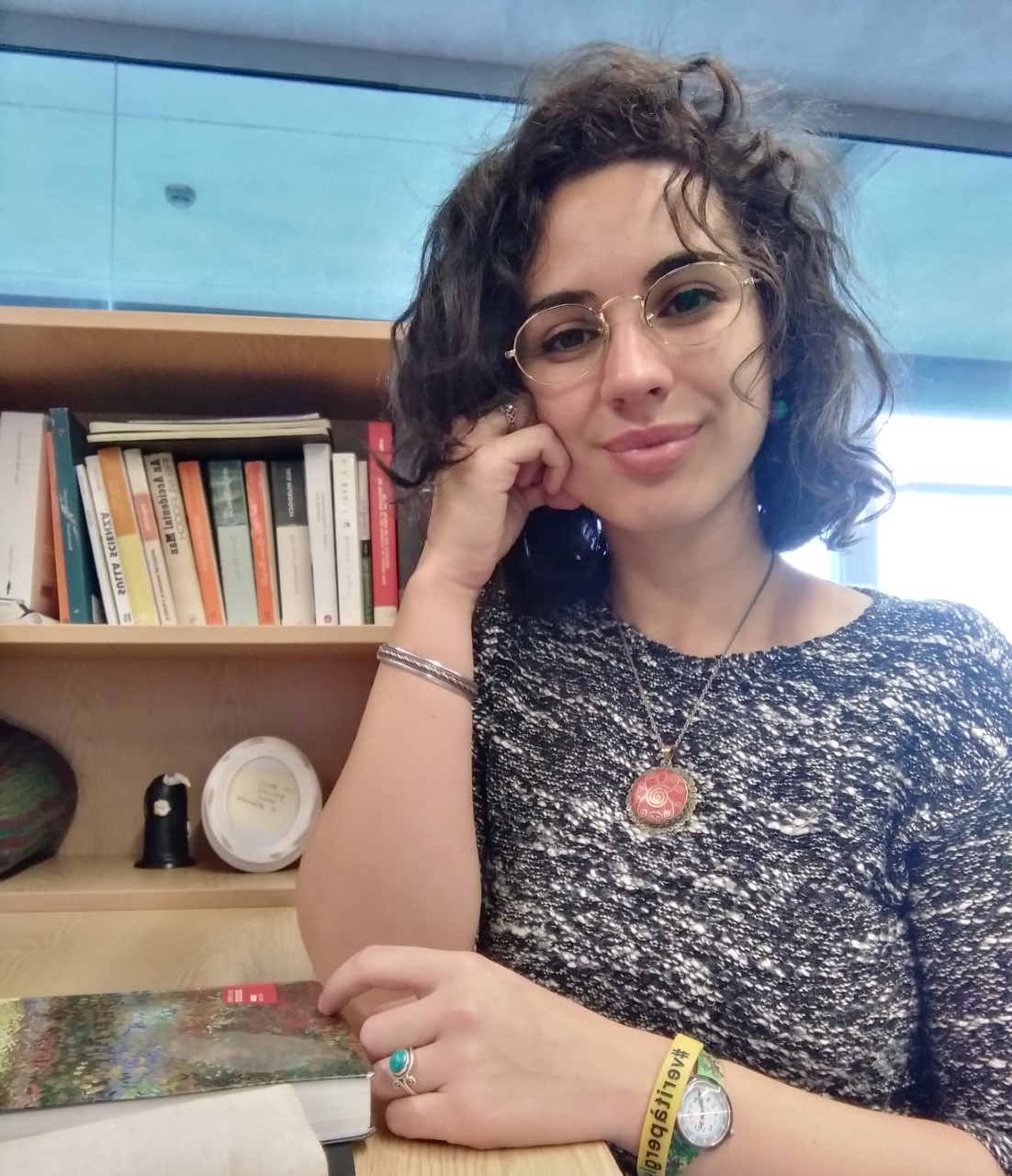 My PhD thesis is the first to compare the narrative works of Iris Murdoch and Elsa Morante. Its principal aim is to highlight the crucial influence Simone Weil’s philosophy had on the two authors, especially Weil’s idea of affliction. Before I started my PhD at NUI Galway in 2020, I focused on Weil’s philosophy in both my BA and MA at Tor Vergata University of Rome. It is thanks to my BA thesis, as I shall explain in a moment, that I ultimately came across the works of Iris Murdoch. Back then I studied the writer and intellectual Cristina Campo, a reader and Italian translator of Weil. Through Campo and her idea of folklore, I encountered Weil’s philosophy and, thanks to Campo’s connection with Leone Traverso, the Italian translator of Rainer Maria Rilke, I discovered Rilke’s poetry. The affinity between Rilke and Weil, especially the relevance they give to a 'selfless experience of things', led me to investigate references to Rilke’s poetry in Weil’s private diaries in my MA thesis.

I studied Weil’s private diaries in the National Library of Rome, where the Morante Archive is, and this is where I came across Elsa Morante’s copies of Weil’s books. I discovered a posteriori that Elsa Morante, whose work I had read when I was younger and who lived in my city (Rome), was deeply influenced by the French philosopher, and that this influence had been underestimated by critical studies. At that time, I was also following the work of the Italian Group known as Diotima, which focuses on women philosophers, especially Weil, and thanks to the studies of Luisa Muraro I came across the work of Iris Murdoch, sadly still not well known in Italy. As a matter of fact, I started reading Murdoch’s philosophical texts (where I found surprising references to Rilke in relation to her notion of realism) for the first time alongside Morante’s essays on literature and the role of the writer. This made it very clear to me that I was gravitating around one single topic, which now lies at the core of my current research: the idea of a realism that is connected to a selfless experience of the world, and that gains its meaning through transcendence.

The comparison I am working on for my PhD candidature is motivated by three fundamental notions: Morante and Murdoch’s ideas of realism, the mystical and morality, which are linked together, I argue, by Weil’s ethic of obedience. Therefore, my work: a) compares the realism intended as 'obedience to reality' in the novels of Morante and Murdoch; b) traces this theoretical background back to Weil’s philosophy and her consideration of suffering; and c) explores point a) and b) in order to challenge the criticisms of sentimentalism, pessimism and masochism on one hand, and misogyny on the other, levelled against all three writers. Weil’s philosophy is at the very centre of this thesis, for I argue that Murdoch and Morante’s discourses can be better appreciated by returning to the roots that lie in the French philosopher’s thought. Considering the differences and affinities between Weil and the two novelists, this work also points out how Weil’s philosophy itself can be illuminated by reading it through the kaleidoscope of Morante and Murdoch’s interpretations and literary representations.

Their idea of realism has nothing in common with a perspective that conceives as real only what is evident and visible. What lies at the core of Murdoch and Morante’s thought, despite their different elaborations of it, comes from Weil’s idea of a transcendent reality, an invisible magnetic centre: a sort of Platonic sun that is defined as what gives reality to our world. Their realism is shaped through the effort of depicting the contingency of human relations and the necessity to which existence is subjected, while simultaneously presenting a conceivable transcendence, a mysterious presence of the Good. For these authors, obeying reality means standing against our projections, our dreams that delude us that we have the power to subdue the necessity of existence, which means our limits and determinations. Thus, for Weil, those who are afflicted, and so have received 'the mark of slavery' on their bodies, are further from the dream and closer to reality. One of the ultimate goals of my PhD thesis is to explain why this view cannot be considered masochistic.

In Morante and Murdoch’s novels, women are often represented as things, animals and plants. I argue that reading this as misogynistic, as hostile towards women, and a perpetuation of their condition as the oppressed sex, disregards the Weilian ethical conception of suffering framing their work. In order to contextualise their novels and provide an answer to the criticisms mentioned above, my PhD clarifies this ethic of obedience and the notion of affliction.

This comparative study of Morante and Murdoch’s works not only emphasise their kindred conception of art and the role of the writer in particular; not only their idea of a mystical realism that gets its meaning through a specific consideration of transcendence; and not only the profound influence that Weil had on their lives and works. Most importantly, it draws attention to the similar manner in which these two authors were considered, as Sabina Lovibond notes regarding Murdoch, to 'manifest sympathy with the plight of under-educated and wastefully secluded women',* or as Cesare Garboli writes about Morante in his 1995 essay, 'Elsa come Rousseau', to depict the figure of the archaic and non-educated woman with a veil of complacency. My PhD will demonstrate how in Morante and Murdoch’s novels, and so in Weil’s philosophy, the idea of fragility, as opposed to 'force', is considered as a source of virtue, and should not be read as a 'sympathy' for masochistic or misogynistic views.

In the Morante Archive in the National Library of Rome, I had the opportunity to study the whole corpus of Weil’s books that belonged to Morante, and take notes from all of Morante’s annotations, which gave me a wider insight into the ways in which Weil’s philosophy influenced the Italian novelist. Thanks to the Barbara Stevens Heusel Research Fund for Early-Career Scholars, I plan to do the same with Murdoch’s diaries, correspondences and drafts of her books at the Archives at Kingston University. I will look for references to Weil’s philosophy, especially to her idea of suffering, with the final aim of adding my contribution to the live contemporary debate on Iris Murdoch’s view on women.