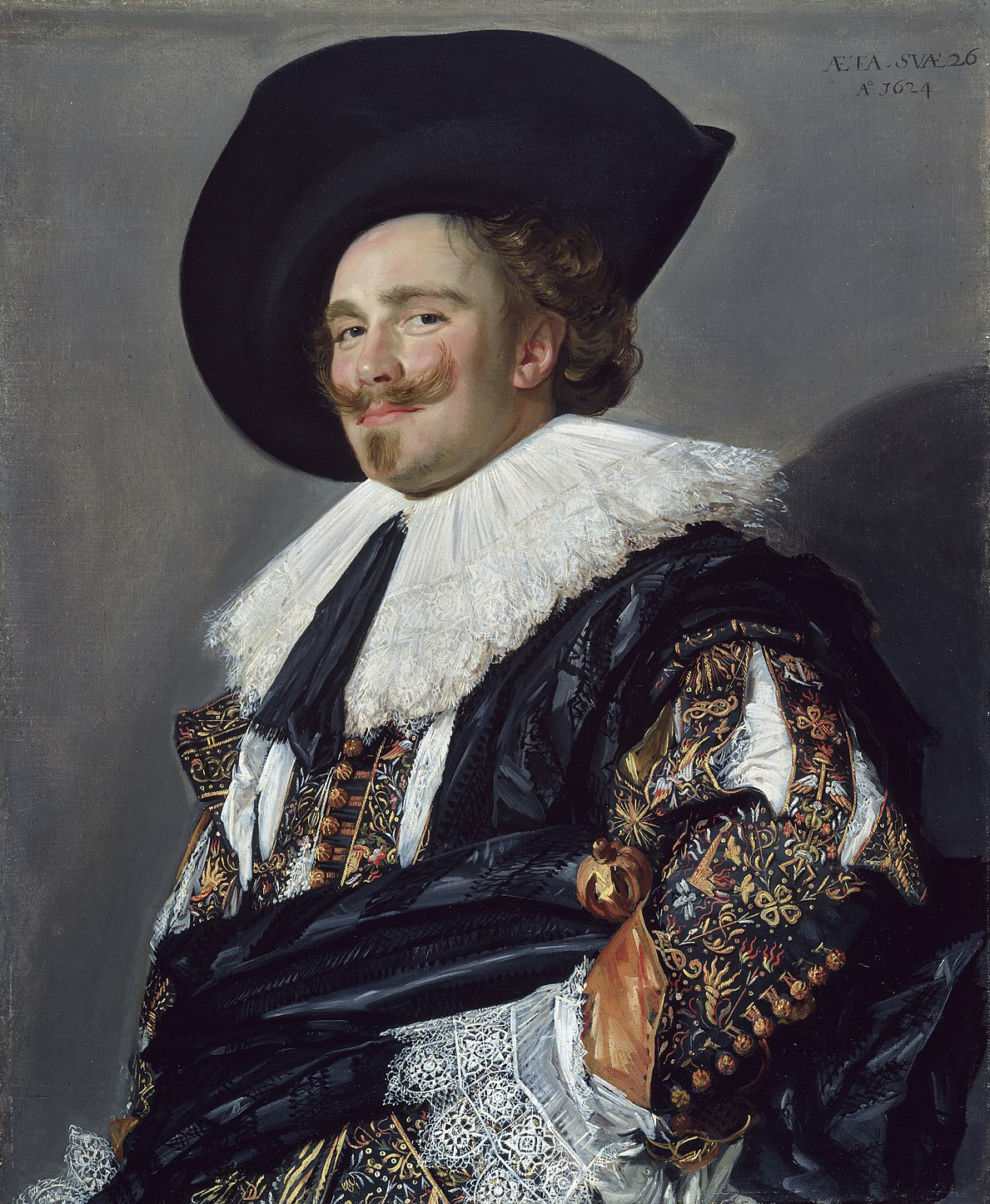 Iris Murdoch and The Laughing Cavalier

Colour supplements and arts columns have recently been awash with the image of Frans Hals’s The Laughing Cavalier, a glorious portrait now taking centre stage at 'Frans Hals: The Male Portrait' exhibition currently running at the Wallace Collection in Manchester Square, London. It is, of course, the Cavalier’s elusive expression that gives him his notoriety – is it an ironic smile, a mocking sneer or even a knowing sexual 'nudge, nudge'? We can never be sure, but either way, the Wallace presents him gloriously restored and elevated, intensifying the suggestion that he looks down at his spectators with a bumptious sense of superiority, knowing more about them than they know themselves, or more than they would willingly admit. Waldemar Januszak, writing in the Sunday Times, suggested that Cavalier has gained a sinister air, that the organisers have discovered something rather unpleasant in the ‘Cocky Cad’. He might be right, and he is not the first to have wondered at the motives behind his enigmatic smile, or smirk.

The Cavalier could boast many distinguished visitors; his image has been gracing the Wallace’s sumptuous central gallery for decades. Among them was Iris Murdoch, visiting with her beloved father as a child and in the 1940s as an aspiring writer and philosopher temporarily conscripted to the Civil Service and spying for the Communist party while living in a dingy London flat. She could often be ruefully sentimental about the demise of her early ambitions at Oxford to become a painter or an art historian: ‘I would have made a moderate painter if I had given my life to it’, she was to reflect later in life. But her passion for painting and her sophisticated interest in art history was to spill over into many of the 26 novels that led, in 1994, to her being voted by the Sunday Times as ‘the greatest living author writing in English’.

While working for the United Nations Relief and Rehabilitation Administration in Brussels in 1945, Murdoch heard Jean-Paul Sartre lecture on existentialism (he was then being mobbed by bigger crowds that Chico Marx). Enthralled by the intellectualism of European café life, she was bowled over by Sartre, identifying him as ‘the real thing’, exactly what Oxford philosophy needed to shake it up. She turned to working seriously on philosophy as a result. But her love affair with existentialism was short lived, and as she developed her own brand of moral philosophy she began to see Sartre’s ideas as over-optimistic and morally dangerous.

Murdoch’s philosophical study on Sartre was published in 1953, and in her first novel, Under The Net, in 1954, she more covertly continued her dialogue with Sartre. The novel was a tour-de-force that established her as a serious writer of a new brand of fiction and, borrowing heavily from the French experimental writer Raymond Queneau, with whom she had by now fallen in love, she sought to similarly experiment with the novel form. She saturates her language in this novel with imagery, symbols and poetics, techniques all intended to subliminally inform and emotionally affect readers more viscerally than more traditional forms of storytelling. And taking centre-stage in this experiment is the figure of the swashbuckling Cavalier himself.

The Cavalier makes a guest appearance at the heart of Under The Net when her confused first-person narrator, Jake Donaghue, visits the Wallace Collection to give himself much-needed space to think. Involved in a knotty love-quadrangle, he needs to work out who is in love with whom and who is out to swindle him, so he visits the Cavalier in order to ‘put together the fragments of my answer’. The Cavalier’s swaggering self-confidence serves Murdoch well to symbolise the existentialist picture of man that she had, by now, come to distrust. The painting was ubiquitous in society at the time. Readers from all kinds of backgrounds would have admired the Cavalier on chocolate boxes and toffee tins, and even jigsaws or cheap portraits on the living room wall. He was a symbol of post-War overweening confidence that could double up for Murdoch as Sartre’s ‘Totalitarian Man’, one who believes he has the ability to make informed choices against an apocalyptic background; an individual capable of total knowledge of situations and having clear conceptions of all possibilities. Jake, of course, has neither. He is the man whom Murdoch describes in her own philosophy as a benighted creature, sunk in a reality he is constantly tempted to deform by fantasy. Jake simply makes his reality up as he goes along.

Murdoch escorts her readers into the Wallace Collection with Jake, where they witness how the Cavalier inflates his self-confidence and influences his tortuous inner struggle to work out the truth of his situation. The Cavalier affirms Jake’s hilariously erroneous assumptions: '"An entertaining story", said the Cavalier, "I applaud your decision"'. Full of confidence, Jake makes a jaunty exit all set to make the wrong decisions, about the wrong people, to whom he ascribes the wrong motives. This brilliant comic sketch of a man appropriating art to fuel an over-inflated existentialist belief in his own mental acuity informs the episodic comic vignettes that punctuate the remainder of the novel.

Murdoch was not only striking a blow here against existentialist philosophy but also against popular fiction of the day that promoted the idea that one can fully know and understand the mechanics of the inner life: ‘innumerable novels contain accounts of what such struggles are like’ she says. She thought such pictures were not only hubristic but also morally dangerous: ’self-knowledge, the minute understanding of one’s own machinery, does not free the self, it only mires us deeper in our illusion of individual significance’. Jake and the Cavalier preen comically in front of her readers to puncture the idea that they are ‘monarchs of all they survey’, their inner life easily resolved into acts and choices.

But Murdoch’s gaze on humanity is, as always, benign and loving, and the image of the Cavalier also promotes Jake’s joie de vivre and good nature, inducing affection for her character at the same time as poking fun at him. There is a glimmer of hope, too, that his common sense and genuine desire to be thought well of will win the day. Briefly he considers whether the Cavalier’s enigmatic grin just might have a ‘cynical’ edge, suggesting perhaps that he intuits that his inflated sense of self is not quite as secure as he has been led to believe. Readers wave farewell to the jaunty Cavalier who, having served his purpose, fades quietly from the novel. Yet left to rest for posterity in his own secluded corner of the Wallace Collection, the Cavalier’s enigmatic smile continues to elude any rigid meaning that Murdoch or any other commentator can ascribe to it. His unknowability is, after all, the essence of his charm.