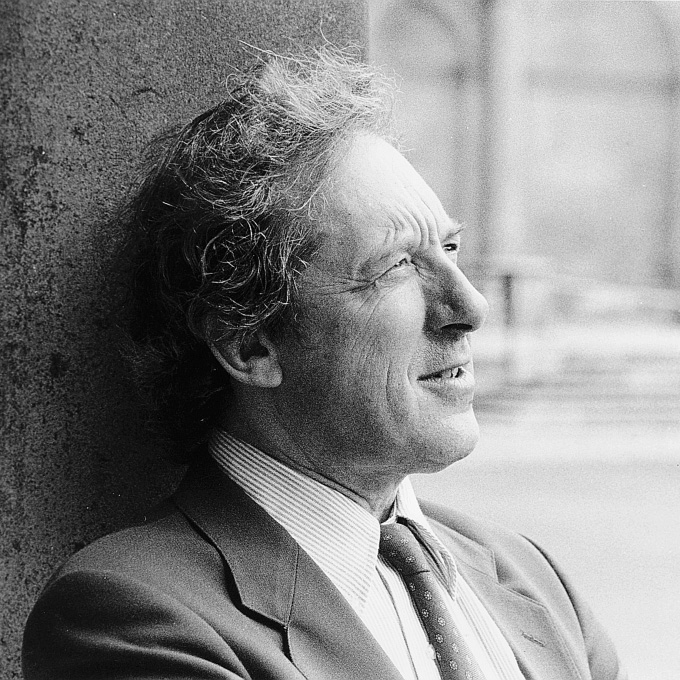 Some thirty years ago, I was lucky enough to get into the creative writing program at the University of East Anglia, and to study with course co-founder Malcolm Bradbury. I took both a fiction workshop and an academic class with him. This double vision of the novel – the creative and the critical, very much emerging out of Malcolm’s own writing practice – has stayed with me ever since. Malcolm died in 2000 (he was Sir Malcolm by then), aged sixty-eight. I’m sad that he hasn’t been with us these past twenty years, two decades in which he could have settled into a much deserved role as a grand old man of British letters. We do, however, have the good counsel of his prolific criticism on modernist and postmodernist literature, as well as the sharp counsel of his less prolific (six novels over forty-odd years) fiction. And so, over the last couple of years, as part of a late-flowering fascination with Iris Murdoch’s novels, I have turned to Malcolm’s significant and sustained engagement with the Murdochian oeuvre.

It was the centenary, in 2019, that did the trick. For years, Murdoch had been on my 'I really must read' list, while my actual reading leaned heavily on the 'crystalline' side of the famous distinction made by Murdoch in 'Against Dryness' (the 1961 essay that Malcolm as editor would feature as the lead article in both the 1977 original and 1990 revised edition of The Novel Today: Contemporary Writers on Modern Fiction). I was much more likely to reach for 'a small quasi-allegorical object' by the likes of John Banville, Muriel Spark, or Italo Calvino than an instalment from the 'journalistic' side of the novel tradition.

Murdoch’s novels give us the best of both worlds, I now understand, often by creating an intriguing tension between invention and reportage. Two summers ago, those beautiful Vintage Classics centenary editions of prominent Murdoch titles did their marketing magic. Back in Dublin (my hometown and hers), I bought a copy of The Bell in Hodges Figgis.

Those venerable booksellers feature in Ulysses, as does the city’s epic cemetery, Glasnevin. One day in August, I went out there to pay my respects to the dead, famous and obscure. The bus I took back into the city centre swung onto Blessington Street, where Iris was born. I knew this because of a recent article in the Irish Times, which had reported on the unveiling of a commemorative plaque and the launch of a postal stamp in an adjacent park. Ireland was, finally, engaging properly with the great native writer who had got away (Joyce having been captured on a bank note a good quarter-century before). It was high time for me, as a reader, to do the same, I decided that cradle-and-grave afternoon.

What I didn’t know then is that Iris would become one of my lockdown companions. In fact, reading her novels would become part of a larger project, during the mandatory retreat of the pandemic, of re-immersing myself, after many years in America, in the world of the modern British novel (Malcolm had literally written the book on that), a world that I had directly encountered at UEA. In the past year, both as a supplement to my own personal reading and in preparation for various lessons and lectures, I have enjoyed 'checking in' with old favourites among highly readable British critics of 20th-century fiction, not just Malcolm Bradbury, but also Lorna Sage and David Lodge.

The parody appeared in book form in the 1976 collection Who Do You Think You Are? And it must have been at that point that Malcolm added the introductory note, for there he has some arch fun with Murdoch’s later penchant for binary titles: 'The following extract, from a new work called The Sublime and the Ridiculous … fresh titles like The Necessary and the Contingent or The Many and the Few …'

But back to 1962. For me, the most important thing about the parody is how early and how keenly Malcolm was tracking Murdoch’s fiction. That same year he published an essay on Under the Net, Murdoch’s debut novel, in Critical Quarterly. He had been excited by her arrival on the literary scene. As the lovely appreciation of her work that Malcolm wrote for the Guardian (again) when Murdoch died in 1999 indicates, he saw her as part of the 'Class of 1954', a group of writers that finally jump-started the post-war British novel. He cited 'three outstanding first novels which signalled fictional recovery: Golding’s Lord of the Flies, Kingsley Amis’s Lucky Jim, and Iris Murdoch’s Under the Net. All were striking; Murdoch’s was the most challenging.'

No wonder, then, that Malcolm became a careful and constant reader of this major voice and vision from the post-Bloomsbury generation. And, moreover, that he paid close attention to other emerging Murdoch critics. When A.S. Byatt’s pioneering study Degrees of Freedom appeared in 1965, Malcolm reviewed it for the Spectator. Though in a later essay on Murdoch, 'A House Fit for Free Characters', he would affirm it as 'her brilliant 1960s book', at the time Malcolm had a 'quibble' or two with Antonia Byatt, including this point: 'because of [her] interest in their structure of ideas, the novels do come out looking very abstract indeed; yet one of the striking things about them is their distinctive texture, the special renderings of experience, which reveal an essential Murdoch style.' Malcolm was 'against dryness' in criticism, too.

The Spectator piece, just three columns long, is really a concise review-essay. It serves as a handy state-of-the-novelist summation of Murdoch’s fiction seven books into an illustrious career. (In other words, up to and including The Unicorn.) Malcolm makes an agile argument that the fantastical side of Murdoch’s imagination, which had disconcerted reviewers in the early sixties, was in fact 'something incipiently present in the earlier books' as well. Murdochland, ho.

Even better, in 'The Romantic Miss Murdoch' (the article has aged better than its headline), is Malcolm’s grasp of the creative tension between contingency and form as a fundamental dynamic of 'the Murdoch universe'. He would continue to explore this tension in his extended critical treatments of her imaginative work. In the first edition of The Modern British Novel (1993), Malcolm surveyed thirty-five years’ worth of artistic achievement; his account ends with 1989’s The Message to the Planet. He characterises Murdoch’s novels as 'wise encounters with the density of experience and otherness'. Iris was just one of eight writers pictured on the paperback cover — alongside Virginia Woolf, E.M. Forster et al. — and I like to think of this as the icing on the cake of Malcolm’s estimation of her extraordinary work.

These critical accounts have certainly made me a better Murdoch reader, but they are not the only relevant resources that Malcolm left behind as part of his legacy. All these years later, I still reflect on observations he made in class or workshop, and turn to books he recommended. A prime example of this is The Art of the Novel, the collected Prefaces of Henry James. Back in 1990, I didn’t have the patience or maturity as a reader, or a writer, to stick with these remarkable texts, with their lofty tone and pragmatic insights. Now I’m indebted to them, and to Malcolm’s recommendation.
For one thing, James helps me think about Murdoch. In the Preface to The Tragic Muse, he asks a much-quoted question: 'what do such large loose baggy monsters [19th century novels decidedly of the journalistic rather than crystalline variety], with their queer elements of the accidental and the arbitrary, artistically mean?' Now, Murdoch’s novels are a different kind of creature, as they put the journalistic in conversation with the crystalline, but they often invite into fiction the accidental and the arbitrary. A significant part of her artistic daring, I think, is to introduce a fuzzy mathematics where James advises a more cut-and-dry approach to form:

'Really, universally, relations stop nowhere, and the exquisite problem of the artist is eternally to draw, by a geometry of his own, the circle within which they shall happily appear to do so. He is in the perpetual predicament that the continuity of things is the whole matter, for him, of comedy and tragedy; that this continuity is never, by the space of an instant or an inch, broken, and that, to do anything at all, he has at once intensely to consult and intensely to ignore it.'

Both in terms of gender and genre (to use the title of an old Lorna Sage class at UEA), Iris Murdoch complicates this Jamesian calculus. In drawing up her novels, she also schedules some trains, so to speak — for trains, according to Bradley Pearson in The Black Prince, 'image the possibility of total and irrevocable failure. They are also dirty, rackety, packed with strangers, an object lesson in the foul contingency of life'. Bradley’s misanthropic picture of chaos is, of course, framed by his author’s wisdom and control.

So what do Murdoch’s novels, with all their racket and glissando, 'artistically mean'? I’m still working on an answer to that question, and I imagine I’ll be working on a sufficient answer for some time to come. And I think Malcolm Bradbury would be fine with that. I can see him taking a puff on his trademark pipe and nodding kindly. He was a patient teacher.

Robert Cremins teaches in the Honors College at the University of Houston.