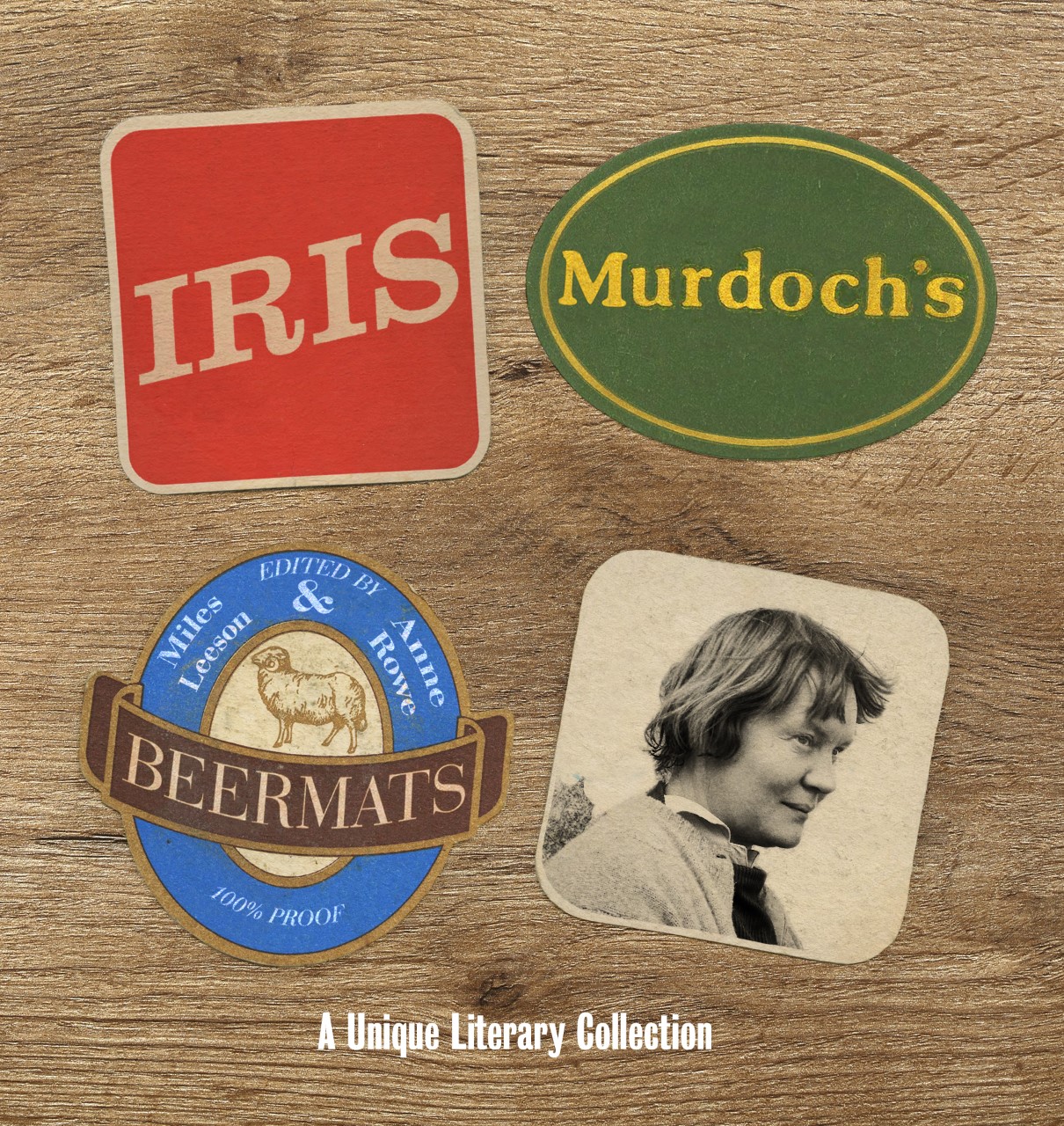 Iris Murdoch adored pubs. She loved sneaking in against the rules when she was a student at Oxford; she loved the camaraderie and intellectual stimulation she found in them during the War years; she loved meeting colleagues there to talk philosophy during her teaching years at Oxford and the Royal College of Art in London. Most of all, she loved meeting friends and lovers in dark secluded corners to exchange intimacies. There were other times, though, when she would sit alone, with a glass of beer or wine on the table and a red Silvine notebook and pen to hand. Armed and ready to people-watch, she would unobtrusively eavesdrop on conversations, record mannerisms, intuit psychological impulses for certain kinds of behaviour, and imagine background histories or dramatic repercussions for her fellow drinkers, all of which would be fodder for those 26 novels that capture not only the spirit of the age but also the inner compulsions of humanity.

And afterwards, it seems, she would, on occasion, casually pocket the beermat on which her glass had rested. Perhaps a furtive glance preceded the sleight of hand that would secrete it in the capacious handbag she habitually carried. Then, on returning home to Oxford, she would slip it into an old black net bag that hung on the back of the door of her study. Decades later, that bag miraculously found its way into the Iris Murdoch Archives at Kingston University.

What a story you might think. An indeed it is. A story, we felt, that was well worth the telling. So, Miles Leeson and I are aiming to publish a book on Iris Murdoch’s beermats that will take you on Iris’s journey from the consumption of her very first alcoholic drink in the Royal Oak on the Woodstock Road, Oxford, in 1938, on to the War years when she danced with Dylan Thomas at the Gargoyle Club in Soho, and then to those dramatic meetings with lovers, such as George Steiner in the Eagle and Child (the ‘Bird and Baby’) in Giles Street Oxford, or Elias Canetti in the North Star on the Finchley Road. We hear first-hand from David Morgan, one of her students from the RCA, about their emotionally charged but chaste meetings in the Dog and Duck in Soho when Murdoch was his tutor.

Murdoch’s beermats point the way to how some of the most dramatic moments of her life were played out in pubs, as indeed they are for many characters in her novels. The names of scores of pubs lie within their pages, for it is to pubs that characters go to weep, to quarrel, to think, to hope, and often to come to conclusions that will destroy their lives: ‘pubs are like universal places’, says Jenkin Riderhood in The Book and The Brotherhood, [they are] like churches, hallowed meeting places of all mankind. And every one is different’. As such, our book will not only explore the significance of pubs to Iris Murdoch herself but the ways in which pubs feature in her novels so artfully as to contribute something unique to the literary tradition of the public house in English literature.

Our beermat book also features a short illustrated essay by Iris Murdoch herself entitled ‘A Woman Don’s Delight’ which was first published in 1957, and in which she celebrates the joys of imbibing alcohol. We will send you off on two pub walks: the first will include a selection of the London pubs that feature in Murdoch’s novels with listings of the books in which they appear and a map of where to find these pubs in London now. Another chapter will do the same for the Oxford pubs that Murdoch frequented during her teaching years. A selection of extracts from the novels eavesdrops on her characters in various pubs as they become acquainted, fall in love, argue, philosophise, confront some hard truths that will change their lives or, sometimes comically morose, contemplate their own mortality. In an attempt to introduce fresh perspectives on both Murdoch’s personality and her novels, we have put together as many photographs as we could find of the more social aspect of her personality that was so rarely part of her public persona. These will include hitherto unpublished photographs from the Kingston Archives as well as a variety taken by Murdoch’s close friend, Janet Stone, kindly provided by her son-in-law, the artist Ian Beck.

Central to this book, of course, are those 84 beermats. We take great pleasure in presenting, for the first time, colour illustrations of this unique collection, which is introduced by Kingston University’s Archivist, Dayna Miller, who will explain its significance to the Iris Murdoch Collections generally. While pondering these images of Murdoch’s beermats you are invited to come to your own conclusions as to why she might have chosen to purloin some brands and not others. You might wonder why there are so many repeats (15 advertise the same German lager, 8 advertise Ram Rod Strong bottled Bitter by Youngs for example) but why only three promote Royal Ancient Whiskey, that she particularly loved. (I wonder, is it because Martin-Lynch Gibbon in A Severed Head is probably dying of over consumption of whiskey at the close of the novel?). Either way, serendipity does not account for the curiosity of this collection which remains an enigma. So we invite you all to turn into amateur detectives and consider what this curious collection might really have meant to Iris Murdoch. Why, for so many decades, were these 84 beermats so lovingly preserved? What can they tell us about Iris Murdoch that we never knew before? She was herself fond of riddles so here is one for you to ponder over a pint in the pub.

None of this will be possible without your support, and we’re delighted to be working with Unbound to make this project a reality. You can pledge for the book, merchandise, and even a pub tour with us both! You can find out more, and support the project, here: