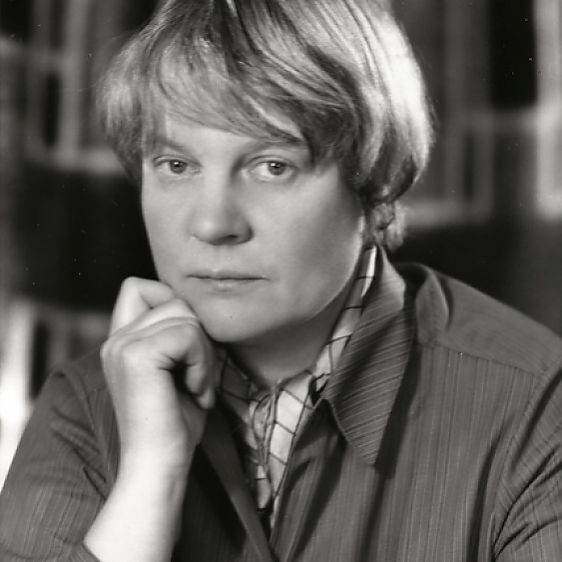 In the years since I became a Quaker by convincement, no one has ever mentioned Iris Murdoch as a representative Quaker sensibility and thinker. In that same period of time I’ve also been convinced that the, shall we say, post-supernatural, post-fundamentalist condition is naturally Quaker, and is a reasonable contradiction of Sigmund Freud’s position that there’s no future for ‘illusions’ of the religious sort.

We don’t have to see Quakerism as a “position” (intellectual, philosophical) that needs defending, or apologising for, but I for one would like to do such a thing. I fear Quakers will continue to be patronised as harmless, nice, quaint, an eccentric society of activists, rather than, as I see it, a percipient and pioneering challenge to irreligion and scientific atheism, secular humanism, even creedal Christianity, if we don’t stand up for a particular intellectual tradition. I now believe Iris Murdoch represents a luminous example of much that we hold dear in that tradition.

What is odd is that I have spent at least 20 years reading and re-reading Iris Murdoch’s philosophical tome, Metaphysics as a Guide to Morals (awful title, right?) – and I still didn’t make the connection! Imagine you were in Meeting and a Friend rose to deliver this:

In prayer we wait for God (for the spirit and light of goodness) to be made manifest. One image of prayer is the artist who, rejecting easy false mediocre forms and hoping for the right thing, the best thing, waits. What is awaited is an illuminating experience, some kind of certainty, a presence: a case of human consciousness at its most highly textured. Of course, incoherent desperation can be prayer too.

Might you wonder if this were a quotation from Quaker Faith and Practice? Well, it’s Iris Murdoch, writing some time during the 1980s. I find myself thinking now, Yes, we Quakers are on the right tracks; this speaks to our condition; we wait.

So, why has it taken me until now to wake up to the Quaker connection with this spokeswoman for everyday mysticism, something many Friends take for granted (with or without any intellectual underpinnings)? Well, Peter Whitfield’s illuminating book, Iris Murdoch: A Guide to the Novels drew my attention to the comprehensive presentation of characters-who-have-taken-leave-of-God in Murdoch’s novels, particularly The Philosopher’s Pupil, published in 1983. The connection to Quakerism came via Peter Conradi’s biography of Murdoch, which outlines the family background that enabled her to present such a convincing, affirmative picture of Quaker ways in this novel’s fictional spa town, Ennistone.

I should say that I was a philosopher’s pupil myself, once, to a firebrand college chaplain whose excoriation of latent authoritarianism in the New Testament couldn’t have provided a greater encouragement to beware organised religion – Graham Shaw’s The Cost of Authority (good title, no?) was, serendipitously, also published in 1983, and whilst devastating for many ecclesiastical types – if they dared to take notice – Shaw did have a modest proposal. After examining the apparently insuperable difficulties faced by creedal, organised religion, its inevitable dishonesty and division and hypocrisy, Shaw finishes with this affirmation of, yes, Quakerism:

It is perhaps the Quakers who represent the most straightforward path out of our difficulties. More than any other denomination they exemplify in their structures a critical and subversive understanding of the gospel: freedom from doctrinal preoccupations, an awareness of the divisive impact of sacramental practice, the fostering of mutual rather than hierarchical relations, and not least an absence of clergy.

On the strength of The Philosopher’s Pupil, one might be forgiven for feeling that Iris Murdoch drew the same conclusion, and within the human laboratory of this novel’s form, religious authorities are similarly put to the test.

Our guide is an anonymous narrator, who does his witty best to personify that impartial, ‘omniscient’ voice, with which 19th-century readers may have been more comfortable. He calls himself ‘N’ (for Nemo), and is judicious rather than judgemental, magnanimous rather than moralistic – we find he’s an avid Bridge player, wise to the games people play, an attender at learned meetings (and conversant with death-of-God theology), and an aficionado of Quaker ways (“the douce blank Quaker rites”). He is also a Jew, as are two other central characters – one married to the novel’s protagonist (who is, you might say, a lapsed Quaker), and a Scott Joplin-loving “atheist priest”, who finally renounces the Anglican Church and becomes something of a prophet for a new religious dispensation. The narrator is also, crucially, companion to “the powerful widowed mother” of a Quaker family, one of many characters who, N mischievously confides, is willing to “indulge in spiteful gossip” – how else can we hope to attain omniscience!

Whilst the Faustian philosopher of the novel’s title is from a Methodist background (practising “a methodical sort of atheism”), his pupil is certainly from a Quaker background. His discipleship to this master has led to spiritual crisis, rather than to (as was true in my own case) more life (thank you, Graham!). There are three, perhaps four, Meetings in the course of the novel – look out for which characters attend! Our philosopher himself says: “I love your Quakerish Meeting and your Quakerish ways”, but it seems, alas, that he has sealed himself off in a kind of messianic approach to philosophy, and so concedes that for him to attend Meeting “would be false”. Though our narrator closely observes the philosopher’s ongoing drama, and cares for those who are caught in its crossfire, it is clear that, at some point in the past, he has fallen out with him, despite the philosopher’s evident philosemitism. They see things differently.

None of the characters seems to believe in God, “but the Ennistone Friends were not anxious about this matter. The Mystery of God was one with the Inner Light of the Soul, and the illumined Way was the Good Life, where truthful vision spontaneously prompted virtuous desire.” These are important words – as if Iris Murdoch, moral philosopher, were speaking through her narrator, and summarising a conviction which underlies that other book she was writing in the 1980s, Metaphysics as a Guide to Morals. This reader feels that such an understanding of “the Good Life” provides the key, too, to the novelist’s method – as each character sees more or less clearly, (“truthful vision”), so that character is more or less happy in herself, and in love. And so the novel unfolds, each character desiring and loving other characters more or less appropriately, in the course of Ennistone’s outbreak of midsummer madness, and all face the challenge of renewal of life.

Friend and unofficial ‘godfather’ to most of our characters is the saintly William Eastcote, “pillar of the Friends’ Meeting House”, and the only person, amazingly, whose friendship our amoral philosopher, and his sociopathic pupil, continue to value. At one point a Quaker doctor who is “more attached to the natural light of science than to the illumination from above” even declares that William Eastcote was “not just a comforter but a living evidence of a religious truth”. I think Iris Murdoch speaks here too. Her novel convinces that such a condition remains possible, and plausible. And our organised religion seems, for this philosopher, to have a future too.

Peter Whitfield’s Iris Murdoch: A Guide to the Novels (2020) is available from pwwhitfield1@gmail.com.

Jonathan Wooding is a Member of the Totnes Meeting House.

A version of this essay appears in The Friend: The Quaker Magazine.